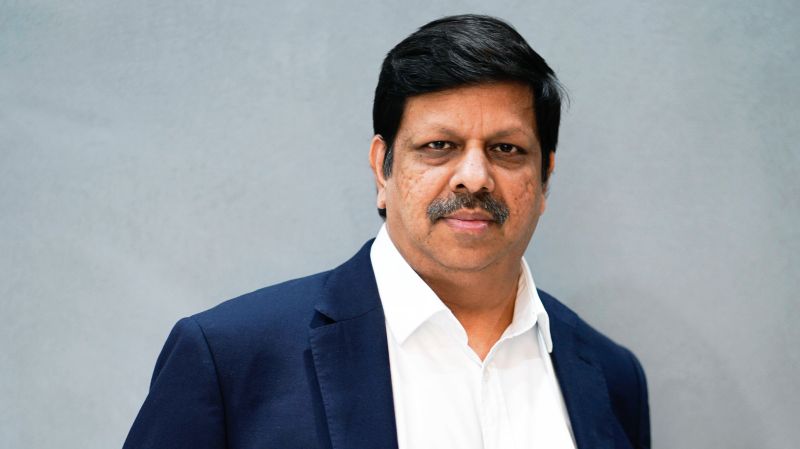 After the consumer retail e-commerce, now the B2B (business-to-business) e-commerce sector in the Middle East is tipped to see an exponential growth in the coming years, with the market projected to reach $3 billion by 2025 from an estimated $1.2 billion currently, the latest research said.

The actual growth potential for the sector, however, is seen to be huge, with the total available market (TAM) for B2B, including the enterprise, industrials, raw materials and hospitality segments, is estimated to be about $1 trillion in the larger MENAP region.

“Penetration in eB2B retail in MENAP is currently less than one percent, whereas regions like China have surpassed 10 percent penetration already,” said the research by RedSeer Strategic Consultants, a leading global consultancy specialising in digital sectors.

“The market, however, is showing significant growth potential, driving sustained future growth, with the market size expected to reach $3 billion by 2025,” RedSeer said.

The FMCG and groceries segments are the current focus segments for market players, accounting for more than 90 percent of GMV (gross merchandise value) currently, the market study said.

“Huge opportunities exist in other sectors like fashion and electronics,” RedSeer said.

The huge growth potential of the sector has caught the attention of investors, with the B2B market in the Middle East already getting close to $500 million in funding in the last two years.

Bigger players like Sary and MaxAB have already crossed $100 million funding, helping them to grow their capabilities and geographical presence in the region, RedSeer said.

“While the second half of 2022 saw a slowdown in growth owing to macro headwinds, the sector will see a major rebound in 2023,” Akshay Jayaprakasan, Associate Partner at RedSeer, told Arabian Business.

“The groceries segment, which is the focus for eB2B consists of essential products whose consumption will not be impacted materially in the current macro climate. However, players should focus on perfecting their models in primary geographies keeping a close tab on key operational metrics that reflect business health,” Jayaprakasan said.

The study said the eB2B sector in the Middle East is set to witness consolidation as players look to balance focus on scale, profitability and enhance capabilities.

“Consolidation is imminent as witnessed recently where players merged to enhance capabilities as seen in the acquisition of DXBU, which helped them scale business. Global expansion is another area where consolidation helps, as seen with Sary’s acquisition of Mowarrid to enter the Egypt market,” RedSeer said.

Similar trends are projected in future where through consolidation bigger players will try to enhance their capabilities or enter new markets, the study said.

Marius Ciavola, CEO of Tradeling, a leading eB2B player in the region, said offering financial and marketing support to small and medium companies could help build a sustainable business model and drive profitability for eB2B players.

“We focus on the customer – and in B2B our customers vary from large corporations, SMEs, and micro-businesses – where we provide them with supplies which they are not able to get directly, and also at better pricing as we are able to procure directly from the manufacturers or we have many marketplace sellers who compete on price,” Ciavola told Arabian Business.

Ciavola was more optimistic about the potential growth of the market in the region, saying that B2B e-commerce is expected to grow to $50 billion by 2030.

“Currently, B2B trade is still less than one percent of a trillion-dollar sized market which indicates that the opportunity is huge; our aim is to increase that percentage to 4 or 5 percent in the coming three years,” he said.

Suresh Vaidhyanathan, Group CEO of the Ghassan Aboud Group, another leading player, said the challenge in eB2B is to scale up and retain margin, while competing with traditional business models.

“The key is gaining the customers’ acceptance of the platform as a reliable value proposition,” he said.

Vaidhyanathan said the region has a well-entrenched supply chain model that governs the import and distribution of products sourced from all over the world.

“Any digital-driven disruption, therefore, requires a granular understanding of the prevailing business models and innovative strategies to optimize them,” he said.

Vaidhyanathan said the essentials segment in the eB2B space is already being disrupted and will likely swing to larger volumes in the coming years.

“We support the view that digital platforms will increase their market share of B2B purchases in the region, eventually signaling the end of the traditional distribution models,” he said.

The RedSeer study, however, cautioned that it is important that players learn from evolved markets and make the right choices to ensure sustained future growth.

“As this transition takes place, the MENA region must be strategic to ensure the region’s B2B sector continues flourishing with cross-border buying and selling,” RedSeer said.