Enterpreneur ME – May 2018 cover Story – Interview with Ghassan Aboud “Ah, this is a long story!” laughs Ghassan Aboud, when I cheekily ask him to tell me a succinct version of his 25-year-long entrepreneurial journey so far, which, at the moment, sees him at the helm of Ghassan Aboud Group (GAG), a Dubai-headquartered international business conglomerate of which he is founder and Chairman. The pre-eminent entrepreneur today leads a diversified multi-billion enterprise that has operations in everything from real estate to media to hospitality, but Aboud’s flagship business was in the automotive domain, which he entered in Dubai, back in the early nineties.

“In 1993, I was new to the UAE, and exploring opportunities to set up my own business,” Aboud recalls. “The country was emerging as a strong trading hub with its location, infrastructure, and visionary leadership. Therefore, with a positive feeling, I started a small trading business that engaged in the sourcing and export of vehicles. Over the years, the business gained momentum with increased sales and margins, helped by the fact that UAE was attracted by visiting traders from Africa and other underserviced regions. As the volumes increased, our business invested into larger infrastructure, including warehouses, storage yards, showrooms, offices, logistics, transportation, etc. The extensive infrastructure that we developed in Dubai, Abu Dhabi, Sharjah, and later in Belgium and Jordan helped us establish into one of the world’s leading players in the automotive supply chain. Today, we have a market reach of more than 100 countries worldwide, with excellent customer loyalty for a wide range of automotive products. Encouraged by the success, in due course we also promoted several other business verticals, including media, art production, real estate, catering, retail, pastoral, and hospitality. Therefore, we are a well-diversified group aiming for sustainable growth over the years.”

A look at GAG’s current business undertakings is enough to understand that Aboud has certainly got a long-term strategy in mind for his enterprise. In addition to the global hub in the UAE, the Group has offices in Jordan, Belgium, Australia and Turkey. “The Group seeks to have a balanced portfolio of businesses that are diversified by product or service, as well as by geography,” Aboud explains. One of the first new sectors Aboud steered his company into following the success of his automotive supply chain business was in the realm of media, with the 2008 incorporation of Live Point and Orient, companies that engage in TV production, satellite channel, media training, and a range of audiovisual production needs. But that’s not alltoday, GAG is making inroads into the hospitality domain, with its current sights set on developments in Australia. “As a major expansion and diversification strategy, the Group is investing into five-star hospitality assets in Australia,” Aboud explains. “With committed projects exceeding AU$800 million, we have also established our in-house management company, Crystalbrook Collection. Crystalbrook will manage these assets, and grow the portfolio across the region, and internationally in due course.” In addition to the hotel portfolio, the group has invested into a substantial pastoral business with land area of 35,000 hectares with a carrying capacity of 2,500 breeders. The vision is to achieve the highest standards in land and pasture management, environmental sustainability, and animal welfare. The UAE’s real estate arena is another sector GAG is tapping into- Elements Properties is its single-source provider of construction, development and real estate services within the country. “Further, taking advantage of our internal competencies we have promoted a specialist logistics organization called Gallega Global Logistics that provides end-to-end services to discerning customers in the region,” Aboud adds. He further highlights that the Ghassan Aboud Group has also moved into the retail domain- to keep an eye on its Grandiose brand, which refers to both a chain of exclusive supermarkets, as well as bespoke catering business, both located in the UAE.“Our retail business offers a premium supermarket experience to customers, delivering products of the highest quality at affordable prices,” Aboud says. “Furthermore, our bespoke catering facility offers an eclectic range of nutritious mealtime solutions to prime customers. We aim to grow across the food value chain in the coming years.” The sheer variety in the industries that GAG has invested in makes it clear that Aboud has a particular eye for businesses (and locations) that are going to keep his enterprise growing and scaling up over the foreseeable future.

Consider his investment into Australia, for instance- Aboud picked Queensland as his first destination for his hospitality developments, pastoral business, and super yacht marina operation with an eye toward its potential for being a magnet for tourists in the years to come.” It’s an untapped opportunity, according to Aboud, and his success in the business world so far makes one inclined to take him at his word. After all, when Aboud started out with his automotive business in 1994, he was, quite simply, a trailblazer in his own right- the enterprise he launched made use of a business model that was in its infancy within the region at that point in time. “We started this as a new model [of business],” he declares. “And, when you bring a new model of business, normally, you’ll succeed very well. Because you are not making a copy [of something already existing]- copies can be good, but they’ll never be leaders in the market.”

This is thus the modus operandi that Aboud has put into place across all of the various sectors GAG has made inroads into- he makes sure that all of his enterprise’s brands or businesses have their own particular USPs that will make the market at large sit up and take notice of them. With regard to the locations he chooses to invest in, Aboud explains that while Australia now (obviously) figures prominently in his current vision for the enterprise, he remains buoyant about the UAE as a place to (continue to) do business in. “The UAE is certainly unmatched in its strategic location to foster business,” he explains. “With proximity to key emerging markets and with a time zone advantage the country had provided an ideal platform for businesses such as ours to prosper over the years. Certain large emerging markets, like Africa for example, have been impacted adversely by the current economic environment. However, this may not continue for long with the rising population and demand for products in the continent. With the region’s advantages stated earlier, one would be in a strong position to increase their business prospects through Arab- African trade flows.” 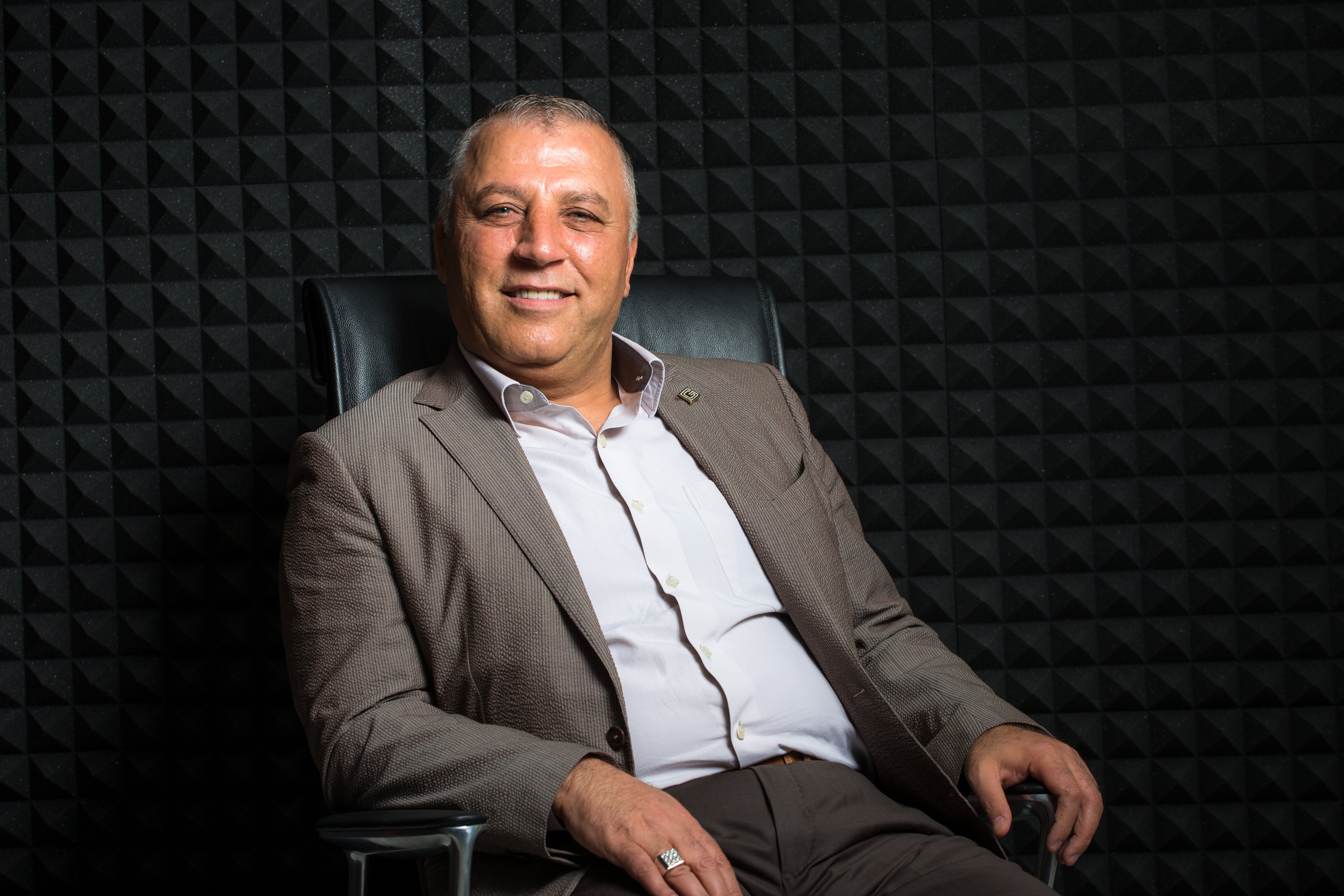 Given the years he has spent (and continues to spend) in the business arena, I ask Aboud to tell me what fuels his ambition and drive. In response, he points toward his personal background: he comes from a family boasting of generations of entrepreneurs, and Aboud is keen to keep the tradition of business going, so to speak, and push it to reach greater levels of success. But for his vision to be actually realized, Aboud says he needs to make sure that everyone at his enterprise is tuned into the goals and aspirations he has set for it- and that’s where his leadership comes into play. “I strongly believe in instilling the highest values across the organization– values based on integrity and ethics,” Aboud says.“Other important factors include setting clear objectives and active management of performance. Today, the group is entirely professionally managed by a competent executive management team in a multi-cultural environment. I always emphasize on the development of a spirit of entrepreneurship amongst the business leaders, for them to think differently, and act as growth drivers.” This last aspect, Aboud stresses, is critical for businesses to run and sustain themselves in the long run- one’s employees need to feel empowered enough to innovate and do new things. “Long-running business models are being disrupted with innovation and technology,” he notes. “It will be a costly mistake to make if one ignores the importance of innovation. As I stated earlier, the key to growth and innovation will be to let senior management think like entrepreneurs.”

At this point, I ask Aboud what’s his secret to success- how has he gone about ensuring his enterprise’s growth until now and in the future as well? He replies by rubbishing my notion of there being a particular secret to success: “Everybody knows everything,” he declares. “But between me and another, [the difference is that] I care about the details more. And when you care about the details more, you’ll succeed more. This is the difference- nothing else, there’s no secret! When you care more about the details than the other, then you’ll be the leader.” It may seem like a simple premise, sure, but it’s one that has stood Aboud in good stead all these yearsand that, by itself, makes it a principle the rest of us should take to heart as well.

Ghassan Aboud’s tips for entrepreneurs in the MENA region

“For entrepreneurs in the region, there are opportunities in businesses that can contribute to the economies through local value addition. With plans of diversification away from oil, the countries are strongly pushing the industrialization agenda– this could be a major opportunity going forward. Also, the UAE has been leading the way on new technology, creating good business prospects in this segment.”

2. Keep an eye on the big picture

“Personally, I believe proper planning, capable team, swift execution, and attention to detail are the key considerations any fresh entrepreneur should focus on.”

3. Remember to give back

“It is also critical that the organization aligns itself firmly with its stated corporate social responsibility policies. I am a strong supporter of businesses sharing prosperity with the needy communities.”